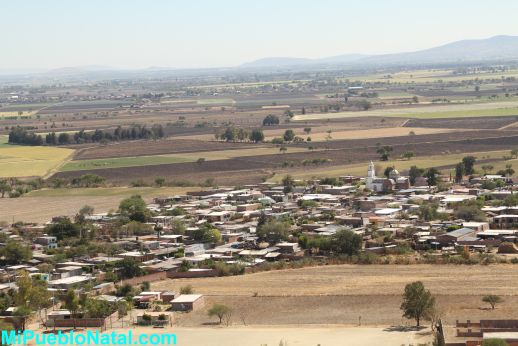 The state of Guanajuato is one of the 32 entities that make the enormous republic of Mexico. Its capital city is also called Guanajuato and the state is made of 46 municipalities. The largest city of Guanajuato is Leon.

Guanajuato is located in the North-Central part of Mexico and it is bordered by the states of Jalisco to the west, Zacatecas to the northwest, San Luis Potosi to the north, Queretaro to the east and Michoacan to the south. The state covers an area of 30,608 sqaure kilometers.

Guanajuato is home to several important historical cities including Dolores Hidalgo, the Sanctuary of Atotonilco, San Miguel de Allende, Celaya, and the capital city of Guanajuato. These cities run along the "Bicentennial Route", which retraces the path of Miguel Hidalgo y Costilla's insurgent army at the very beginning of the Mexican War of Independence. Other important cities include Leon and Hirapuato and other beautiful tows include Huanimaro, Penjamo, and Moroleon among others. 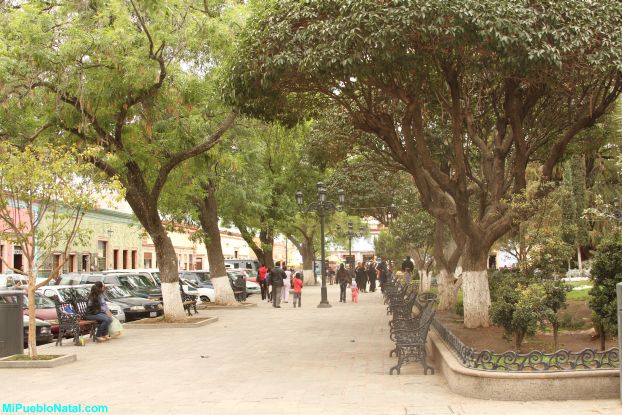 Guanajuato has an average altitude of 2,015 meters above sea level and its territory is divided among three of Mexico physical regions

The Sierra Madre Oriental in Guanajuato consists of the Sierra Gorda and the Sierra del Azafrán in the northeast.

The Mexican Plateau extends through the center of the state. Within, it subdivides into various regions parted by low-lying mountain chains such as the Sierra de la Cuatralba and the Sierra de Cubo.

The Trans Mexican Volcanic Belt crosses the state in the south and includes the Bajío area, the Altos de Jalisco and the valleys area in the far south.

The state is crossed by several mountain ranges which have mountains between 2,300 and 3,000 meters high. Mountain ranges average 2,305 meters and flat areas lie at around 1,725 meters above mean sea level. The other important mountain ranges include the Sierra Gorda to the north, the Sierra de Guanjauato in the southeast, the Comanja in the northwest and the Codorniz in the east. 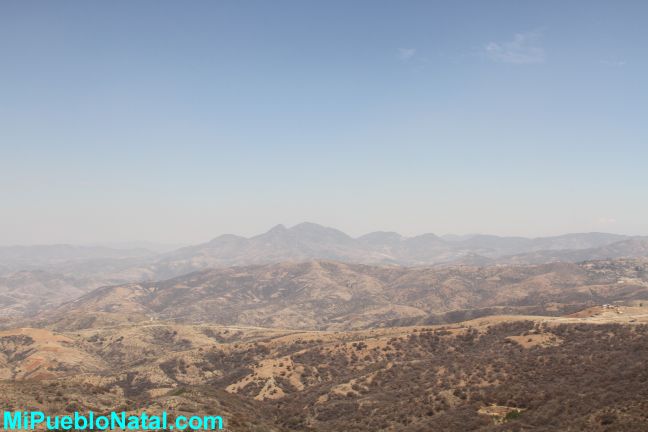 The state of Guanajuato agricultural sector includes crops, livestock, fishing and forestry activities which accounts for only 4.6% of Guanajuato's current GDP. The sector is an important part of the state's identity and is still a major producer of a number of items nationally. The state has 1.1 million hectares suitable for agriculture, over 36% of the state's territory. Over 659,000 hectares of land is under cultivation, with the main crops being corn, sorghum, beans, wheat, barley and broccoli. Today, the Bajio is still one of the major grain producing regions in Mexico. Certain areas of the state have large orchards producing peaches, strawberries, cactus pear, avocado, grapes, apples, quince, walnuts, apricots and guava. 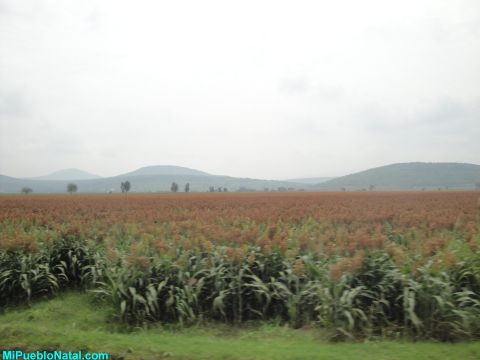 95% of the people who visit the State of Guanajuato are from Mexico. The state has about seventy hotels ranked as four or five stars. The three main cities for tourism are the capital city of Guanajuato, San Miguel de Allende and Dolores Hidalgo. Guanajuato is visited for its colonial architecture and its role in Mexico's history, especially during the War of Independence. Similarly, San Miguel has cultural and historical value. Both have been designated World Heritage Sites. Although not a World Heritage Site, Dolores Hidalgo is particularly important as the site as it is where Miguel Hidalgo y Costilla gave the cry called "El Grito" which began the War of Independence. 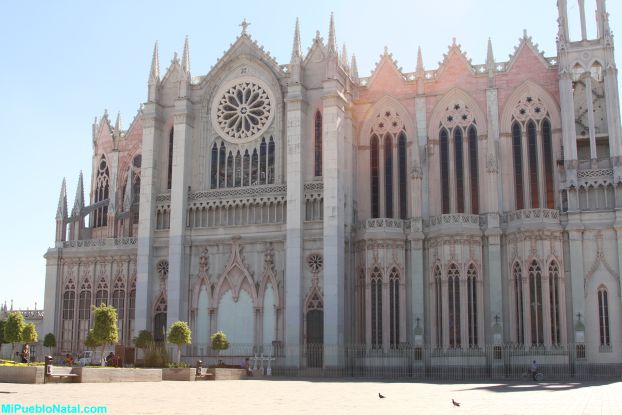 Pictures of Guanajuato Information About Leon

Return from State of Guanajuato to Mexico's main page