The Mummies of Guanajuato 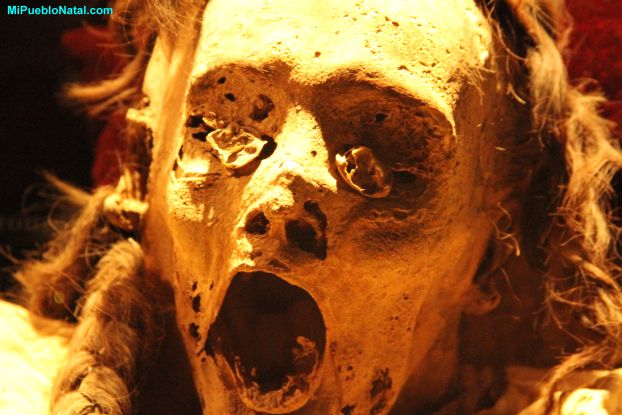 The Mummies of Guanajuato

Warning!!! Some of the images you are about to see are disturbing. Viewer discretion is advised!

The Mummies from Guanajuato are located in the Guanajuato Mummy Museum. This museum has quite a number of naturally mummified bodies which were buried during the cholera outbreak around Guanajuato, Mexico in 1833. 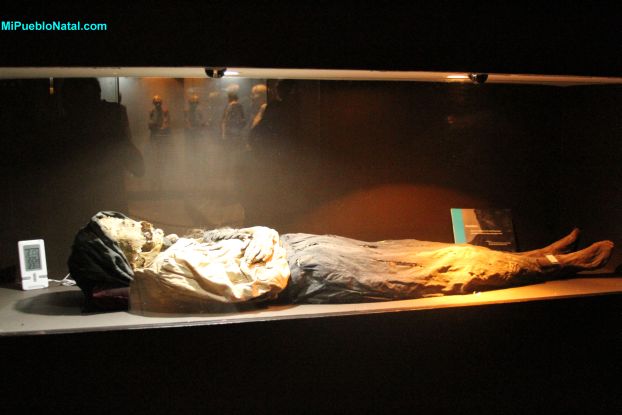 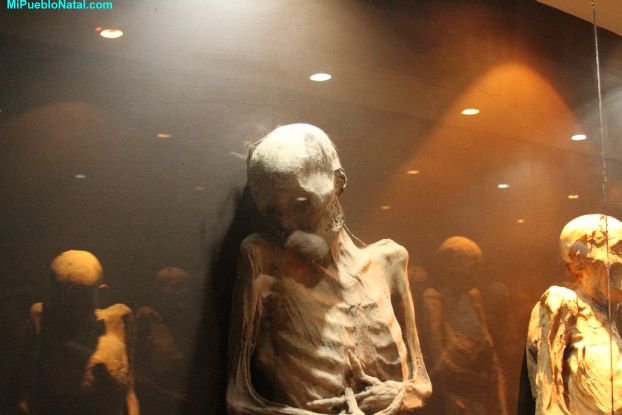 However, only 2% of them were naturally mummified. The mummified bodies were stored in a building and in the 1900s the mummies began attracting tourists. Cemetery workers began charging people a few pesos to enter the building where bones and mummies were stored. This place was turned into a museum called El Museo De Las Momias, The Mummies' Museum. A law prohibiting the disinterring of more mummies was passed in 1958, but this museum still exhibits the original mummies. 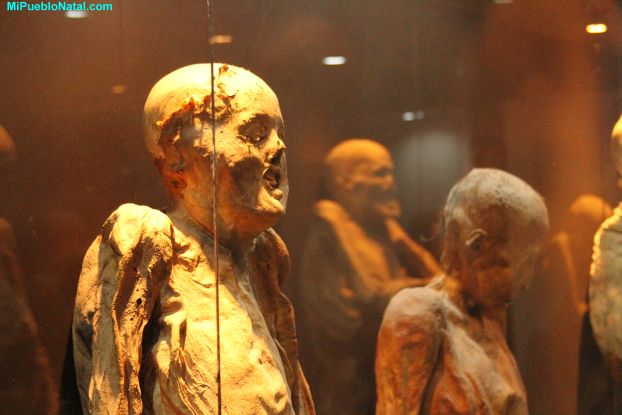 The first mummy was put on display in 1865. It was the body of Dr. Remigio Leroy. The museum, containing at least 108 corpses, is located above the spot where the mummies were first discovered. Numerous mummies can be seen throughout the exhibition, of varying sizes. The museum is known to have the smallest mummy in the world, a fetus from a pregnant woman who had become a victim to cholera. Some of the mummies can be seen wearing parts of their clothing from when they were buried. 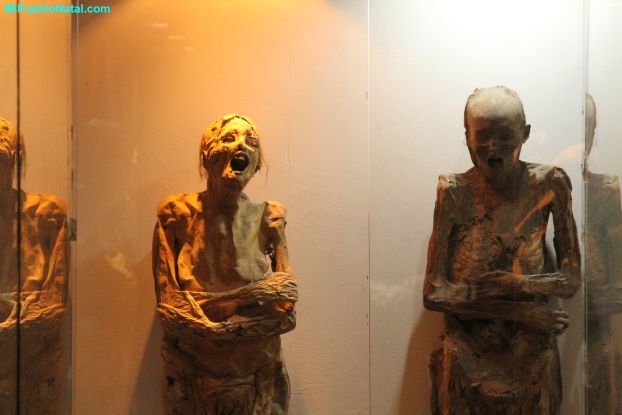 The mummies in Guanajuato have been a notable part of Mexican popular culture, echoing the national holiday "The Day of the Dead. A well-known B movie called Santos vs The Mummies of Guanajuato (1970) pitted the well-known Mexican professional Santo and several others in a battle to a predictable finish. 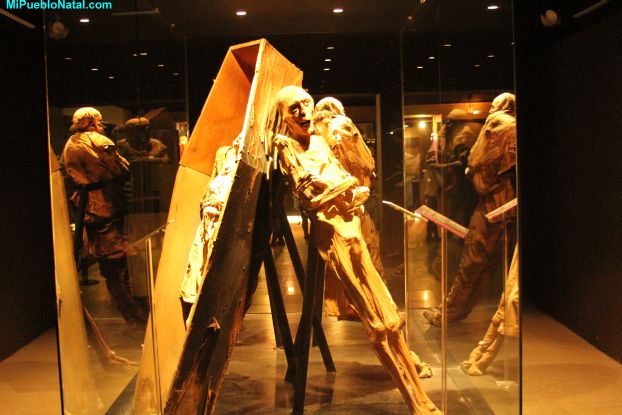 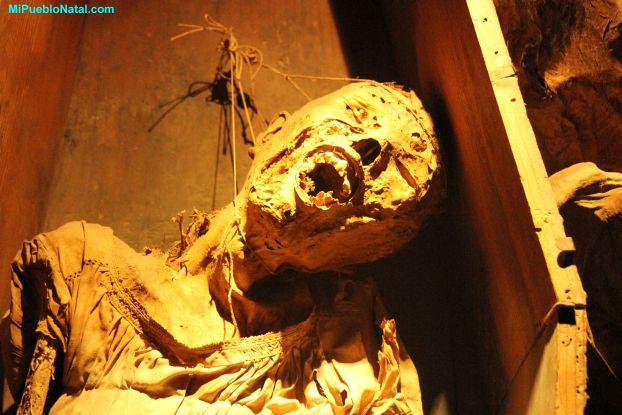 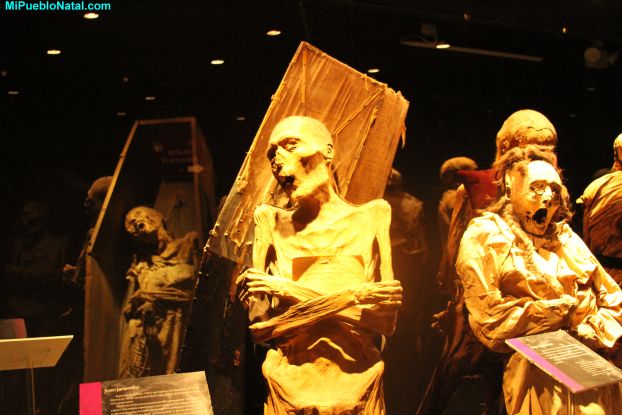 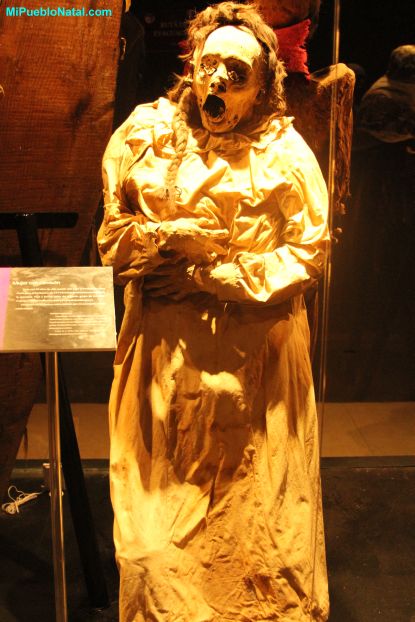 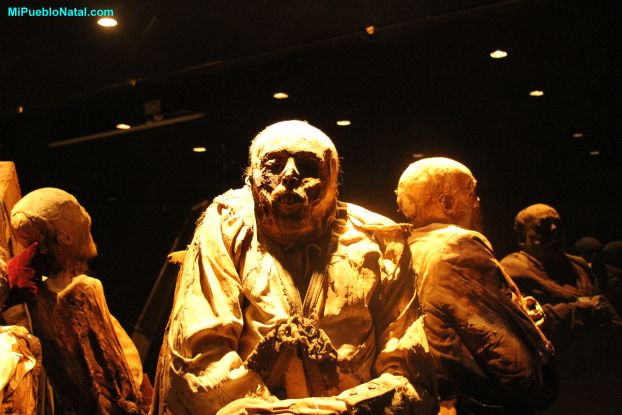 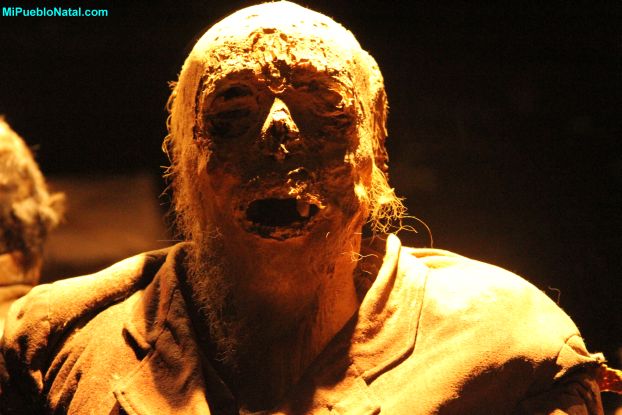 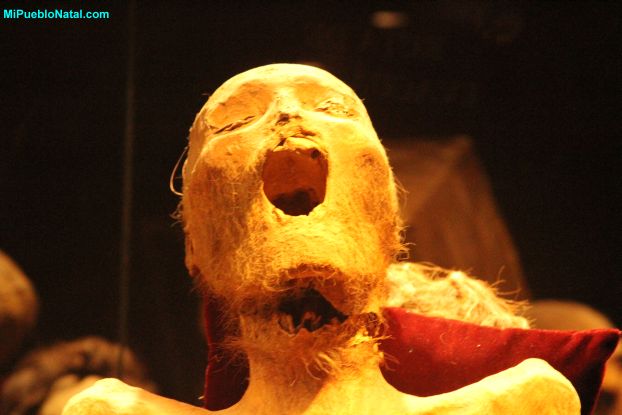 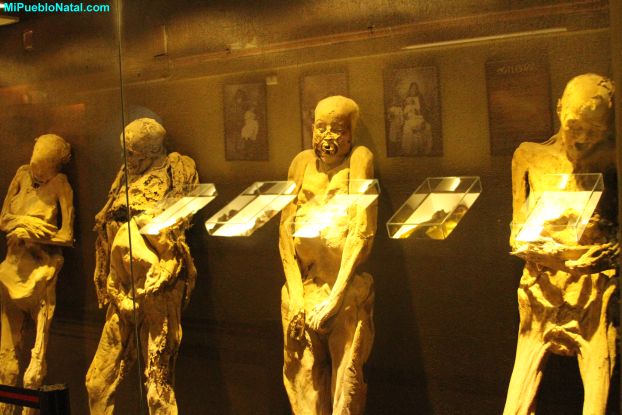 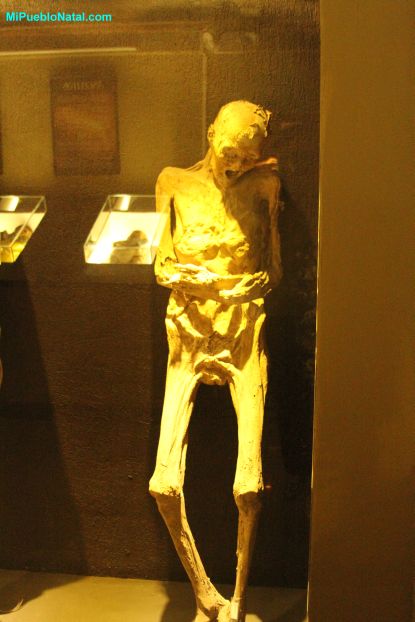 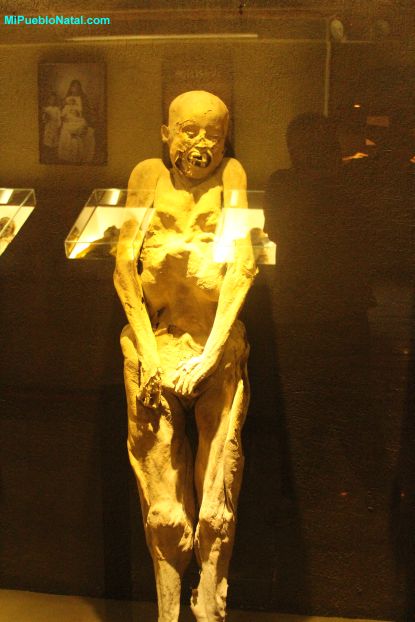 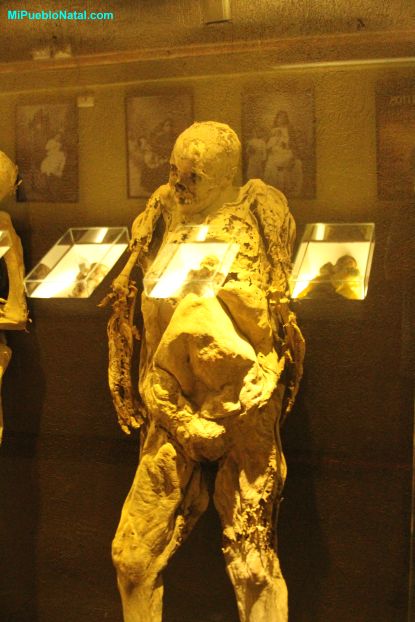 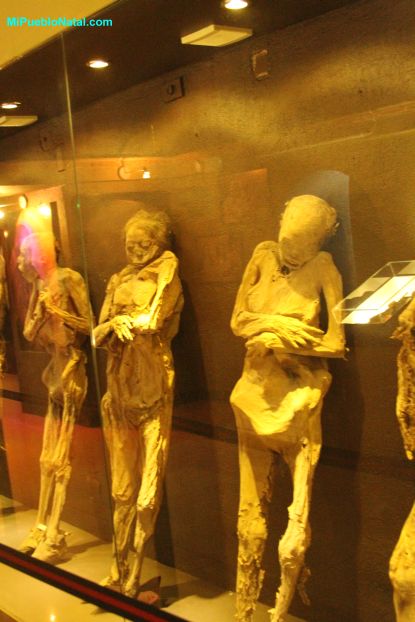 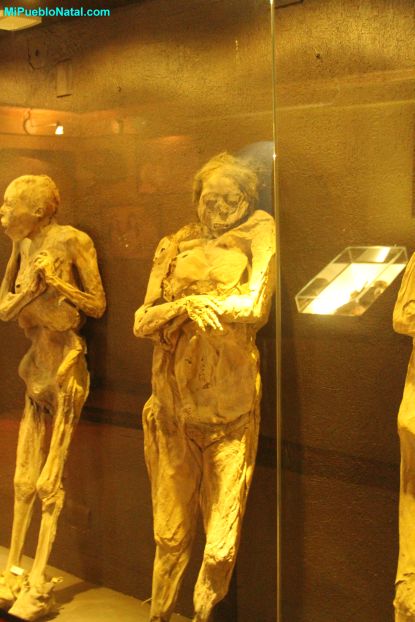 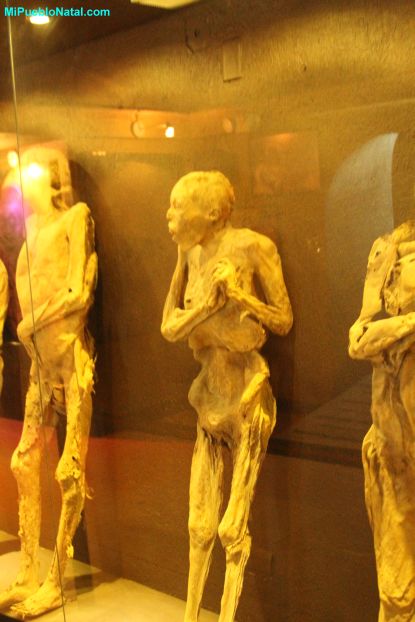 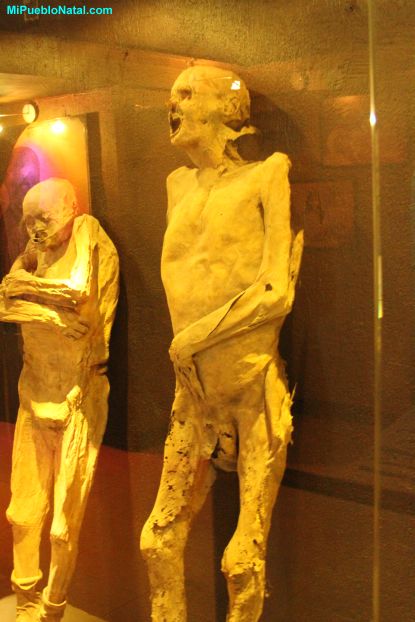 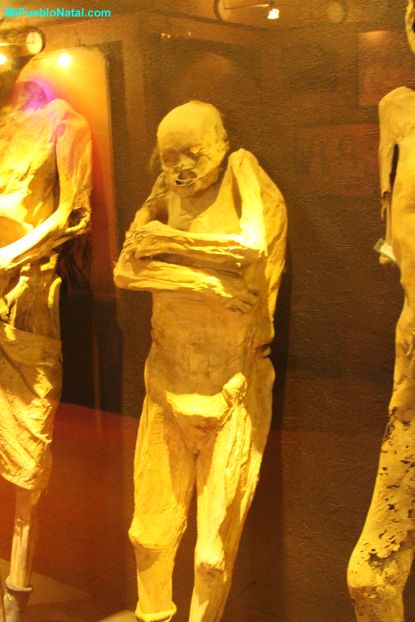 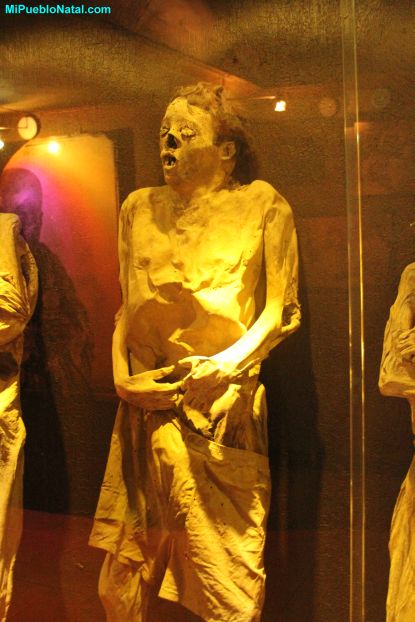 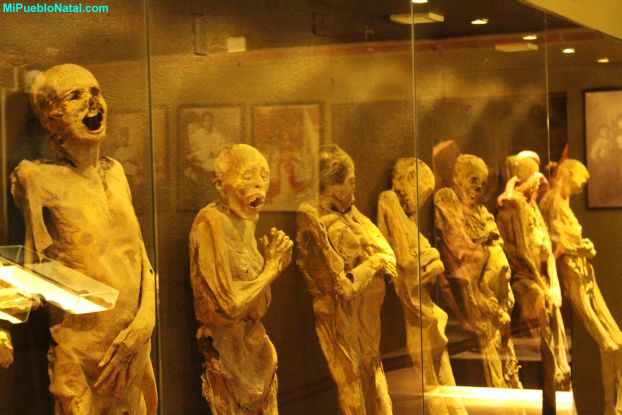 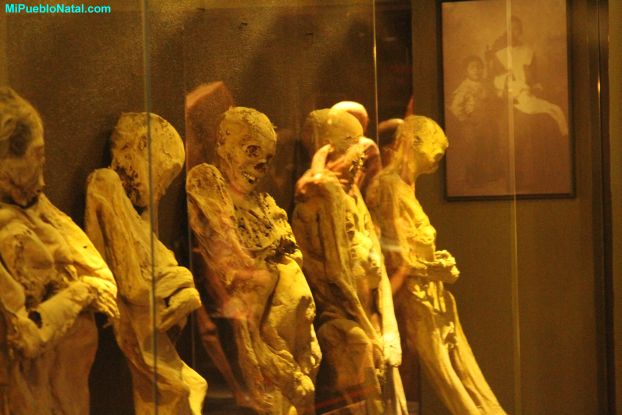 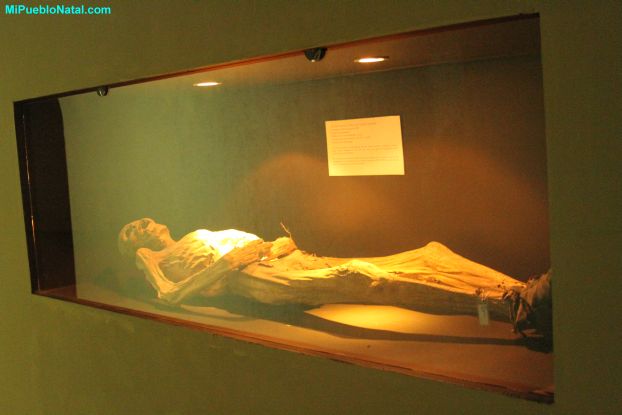