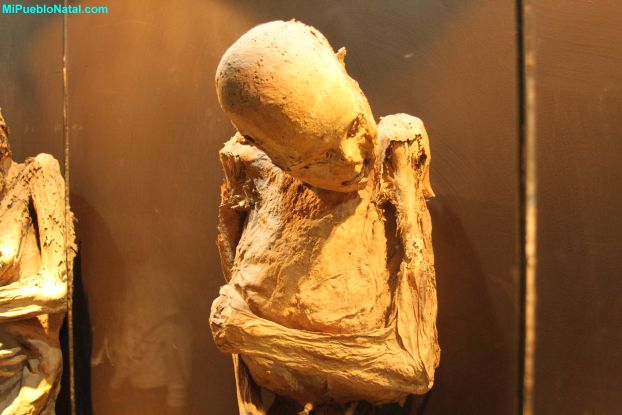 These photos of mummies where taken in the Guanajuato Mummy Museum on March 12th, 2013. This is one of the best attractions the city of Guanajuato has to offer. Make sure to include Guanajuato on your list of must places to see. 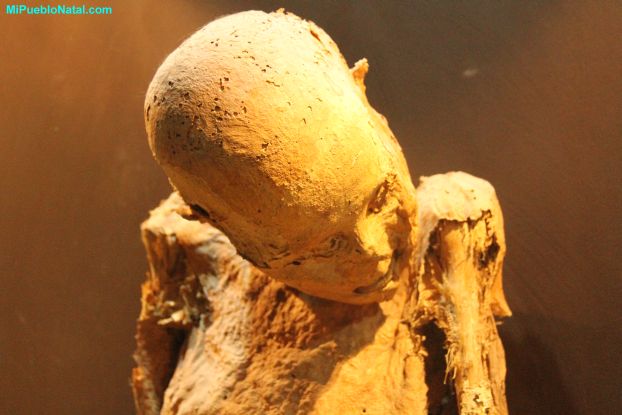 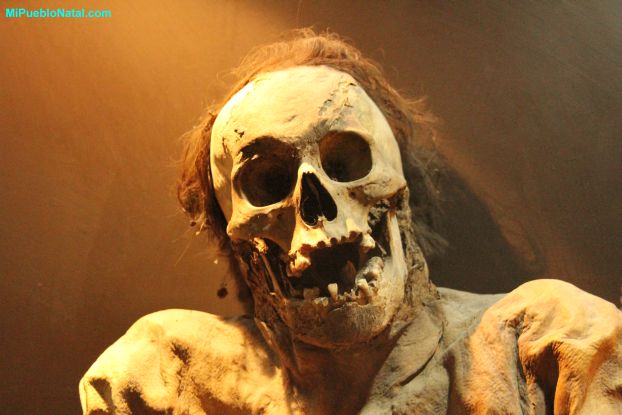 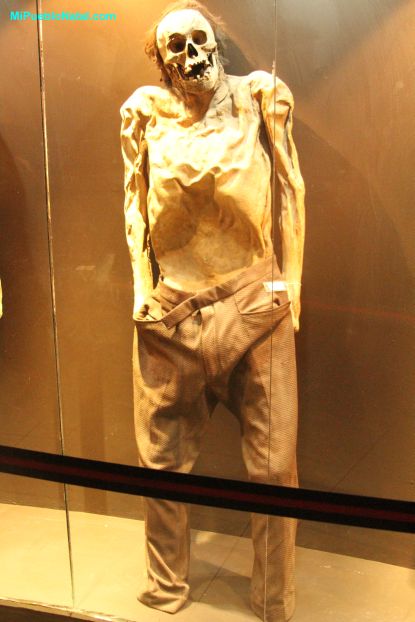 I am not sure why but this mummy was my favorite. This person looks like he is just casually leaning against the wall; hands in his pockets watching people walk by. 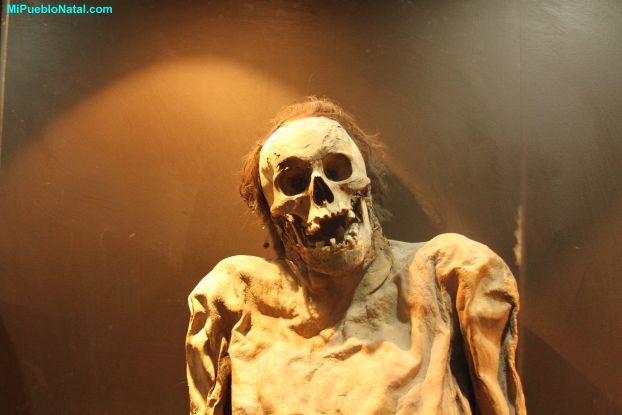 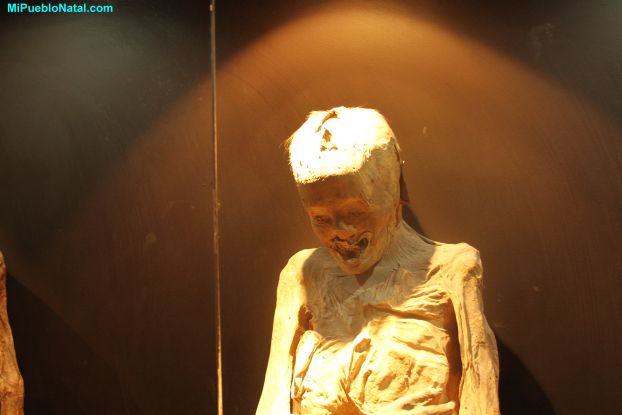 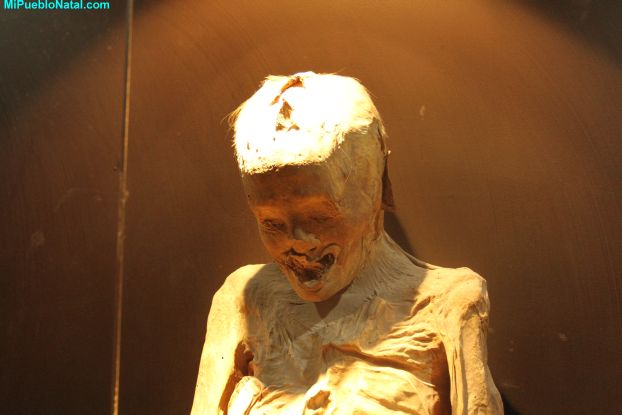 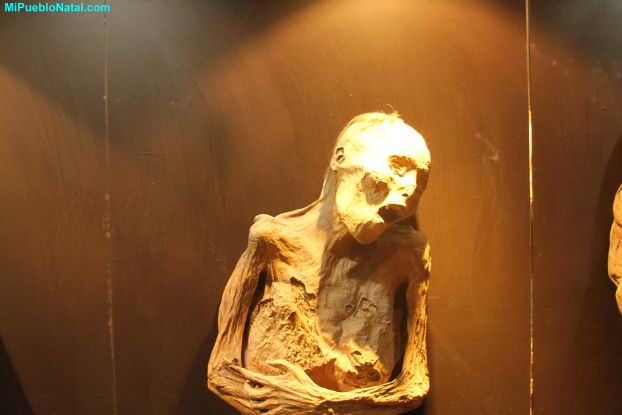 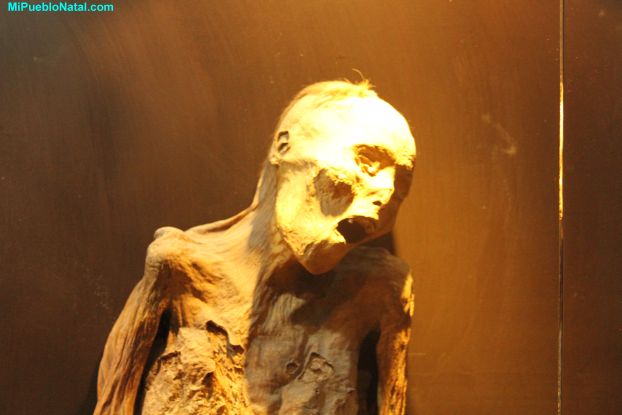 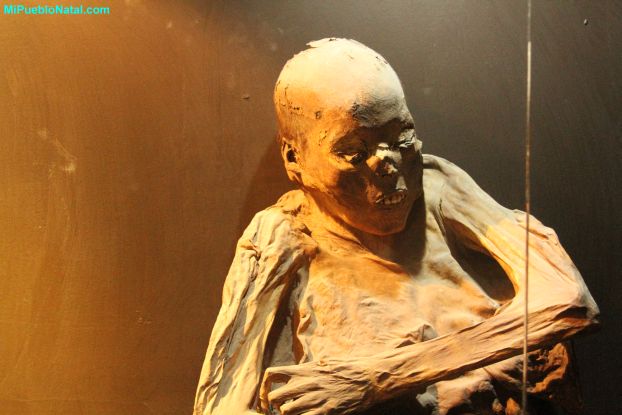 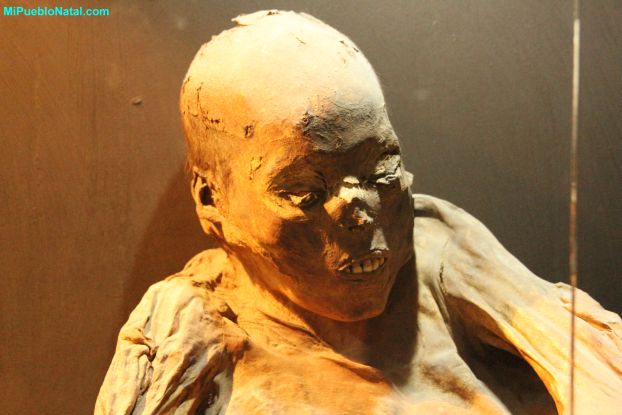 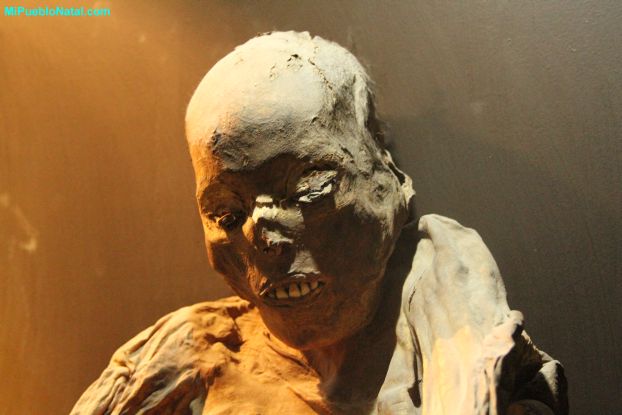 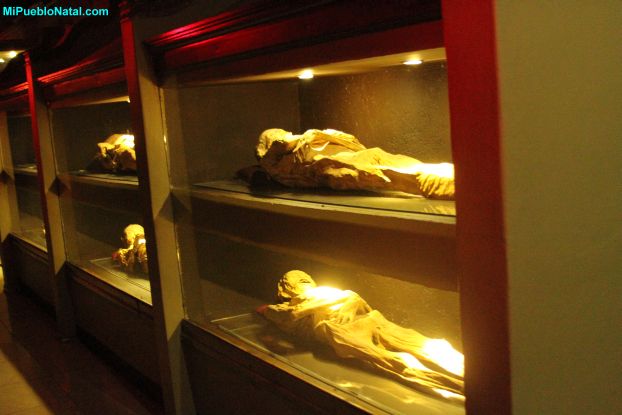 Being in the room alone surrounded by these mummies was eerie to me. I was uncomfortable for a few moments being there by myself. I had to run out of the room to find my wife. Instead I walked into another room full of them. I walked along a long hallway with 2 sets of mummies on the right side and then there was a dead end but there was a room in front of me. I could see through the glass mummies on each side of the hallway and some leaning against the wall at the far end. 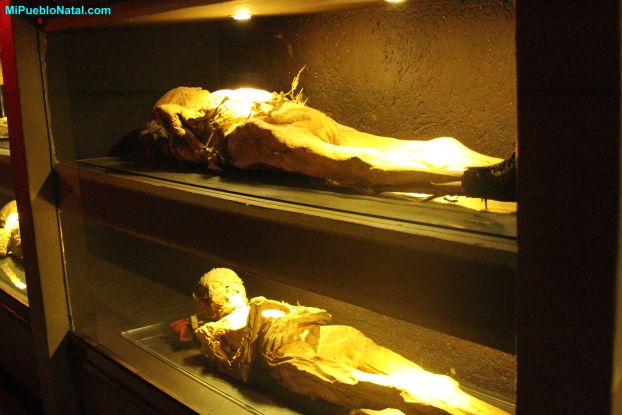 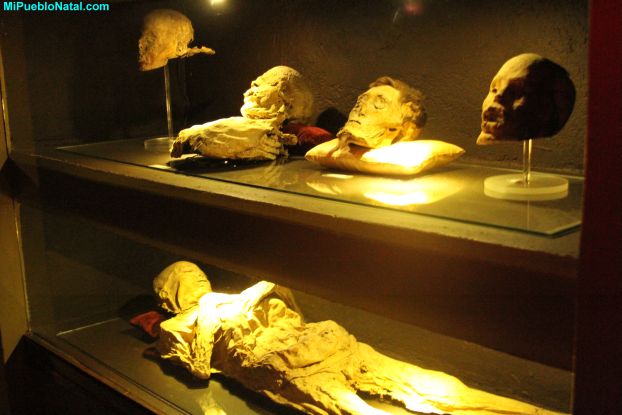 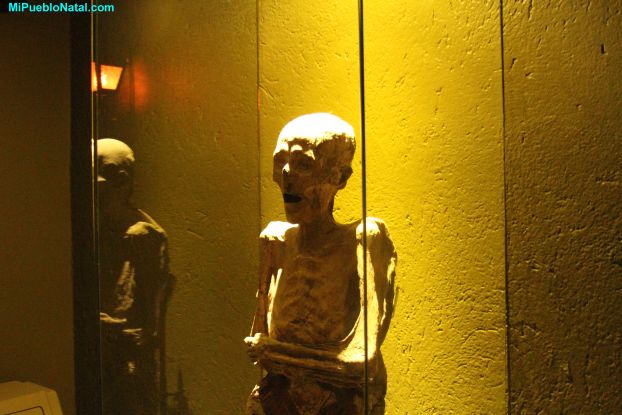 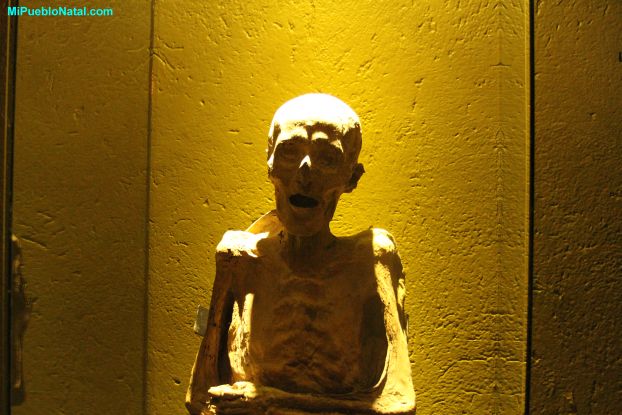 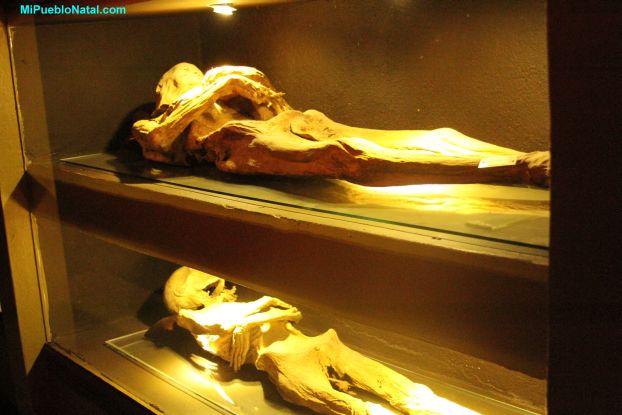 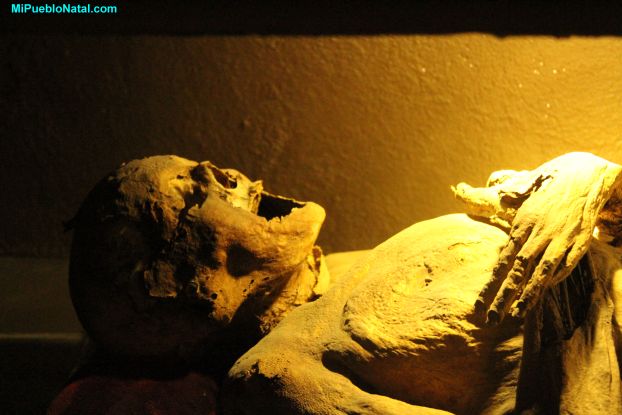 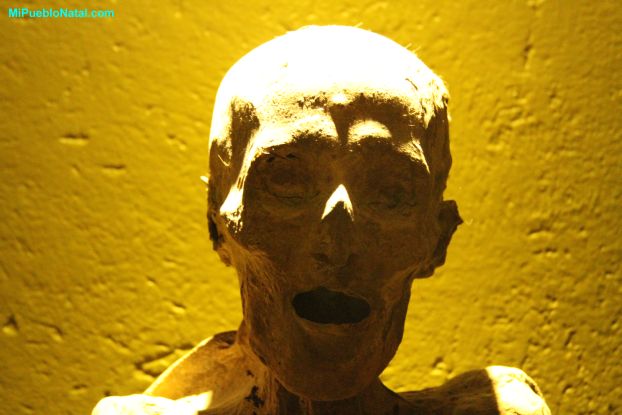 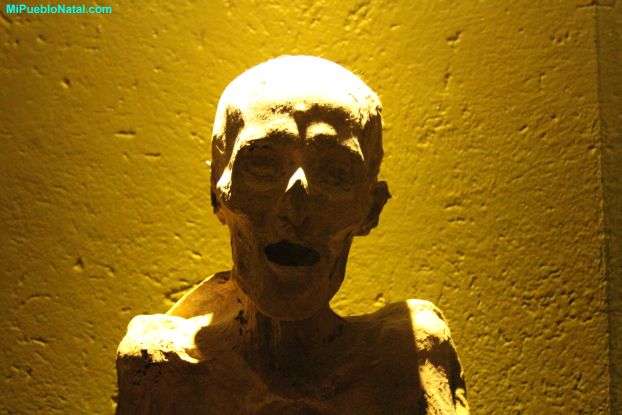 The Egyptians belied there was a life after death and they adopted a method of embalming their dead to preserve the bodies in tombs along with their possessions. The Egyptians believed that the mummified body was the home of the soul or the spirit of the diseased. The mummification process was long and expensive.

In the case of the mummies of Guanajuato, the mummification process was natural meaning no embalming was done. 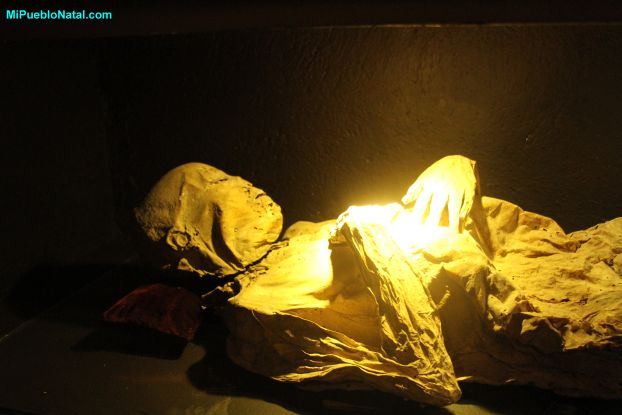 Since many people died due to the cholera epidemic in 1833 around the Guanajuato area, many of the bodies were buried immediately to control the spread of the disease; in some cases, the dying were buried alive by accident. As a result, some of the mummies have horrific expressions attesting to their death in the tombs, though most expressions became fixed postmortem. One of the mummies who was buried alive was Ignacia Aguilar. She suffered from a strange sickness that made her heart appear to stop for one day on several occasions. During one of these incidents, her heart appeared to stop for more than the usual time. Thinking she had died, her relatives decided to bury her. When her body was disinterred, it was noticed that she was facing down, biting her arm, and that there was a lot of blood in her mouth.

Return from Photos of Mummies to the City of Guanajuato