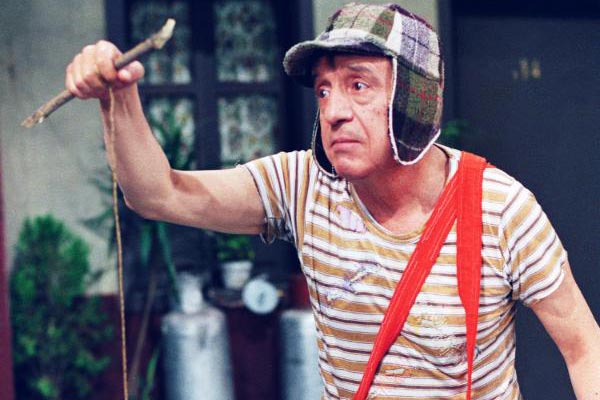 Roberto Gómez Bolaños (21 February 1929 – 28 November 2014), more commonly known as Chespirito, was a Mexican Screenwriter, actor, comedian, actor, comedian, film director, television director, playwright, songwriter, and author. He was widely regarded as one of the most important Spanish-language comedians of the 20th century.

He was internationally known for writing, directing, and starring in the Chespirito, El Chavo del ocho, and el Chapulin Colorado television series. The character of El Chavo is one of the most iconic in the history of Latin American television, and El Chavo del Ocho continues to be immensely popular and translated to over 50 languages.

El Chavo del Ocho, el Chavo for short and mostly used, is a Mexican television sitcom that gained enormous popularity in the Hispanic Countries as well as in Brazil, Spain, United States and other countries. It centers on the adventures and tribulations of the title character—a poor orphan nicknamed "El Chavo", played by the show's creator, Roberto Gómez Bolaños known as "Chespirito" and other inhabitants of a fictional low income housing complex, or, as called in Spanish, vecindad. The show's theme song is "The Elephant Never Forgets" by Jean Jacques Perrey bassed on Beethoven’s Turkish March.

El Chavo first appeared in 1971 as a sketch in the Chespirito show, which was produced by Television Independiente de Mexico. El Chavo was transmitted by Televisa and became a weekly half-hour series, which ran until 1980. After that year, shorts continued to be shown in Chespirito until 1992. At its peak of popularity during the mid-1970s, El Chavo was the most watched show in Mexican television and had a Latin American audience of 350 million viewers per episode.

The Portuguese dub, Chaves, has been broadcast by Brazilian TV Network since 1984, and is also seen on the Brazilian versions of Cartoon Network and Since May 2, 2011, the show has been airing in the United States on the Telefutura network which is now Unimas though the show was previously seen on sister network Univision and its predecessor, the Spanish International Network. The show has also spawned an animated series titled El Chavo Animado.

The show continues to be immensely popular, with Syndicated episodes averaging 91 million daily viewers in all of the markets where it is distributed in the Americas’s. Since it ceased production in 1992, the show has earned an estimated US $1.7 billion in syndication fees alone for Televisa.

Return from el Chavo to Chespirito